October 29, 2020
Just took a short ride today that turned into a bit of an adventure.
Swan Creek Park is right by where I'm living these days. It's a wooded area that has lived several lives over the past 100 years.
Initially tribal land with a salmon bearing creek through the canyon, Swan Creek Woods are now mostly owned by the city and county.
The part of the park that I visited today is called the Lister Uplands. During World War II, this area was developed into housing for workers supporting the war effort. Over the years, the housing was converted into the public housing development Salishan. However the area around the Lister Uplands was razed, leaving just empty neighborhood streets.

There have been iterations of plans for this land through the decades. Most recently, the city of Tacoma has proposed plans for outdoor classrooms, picnic spaces and perhaps even events. I would love if they provided access from the Southwest side of the park. The area below is quite steep. 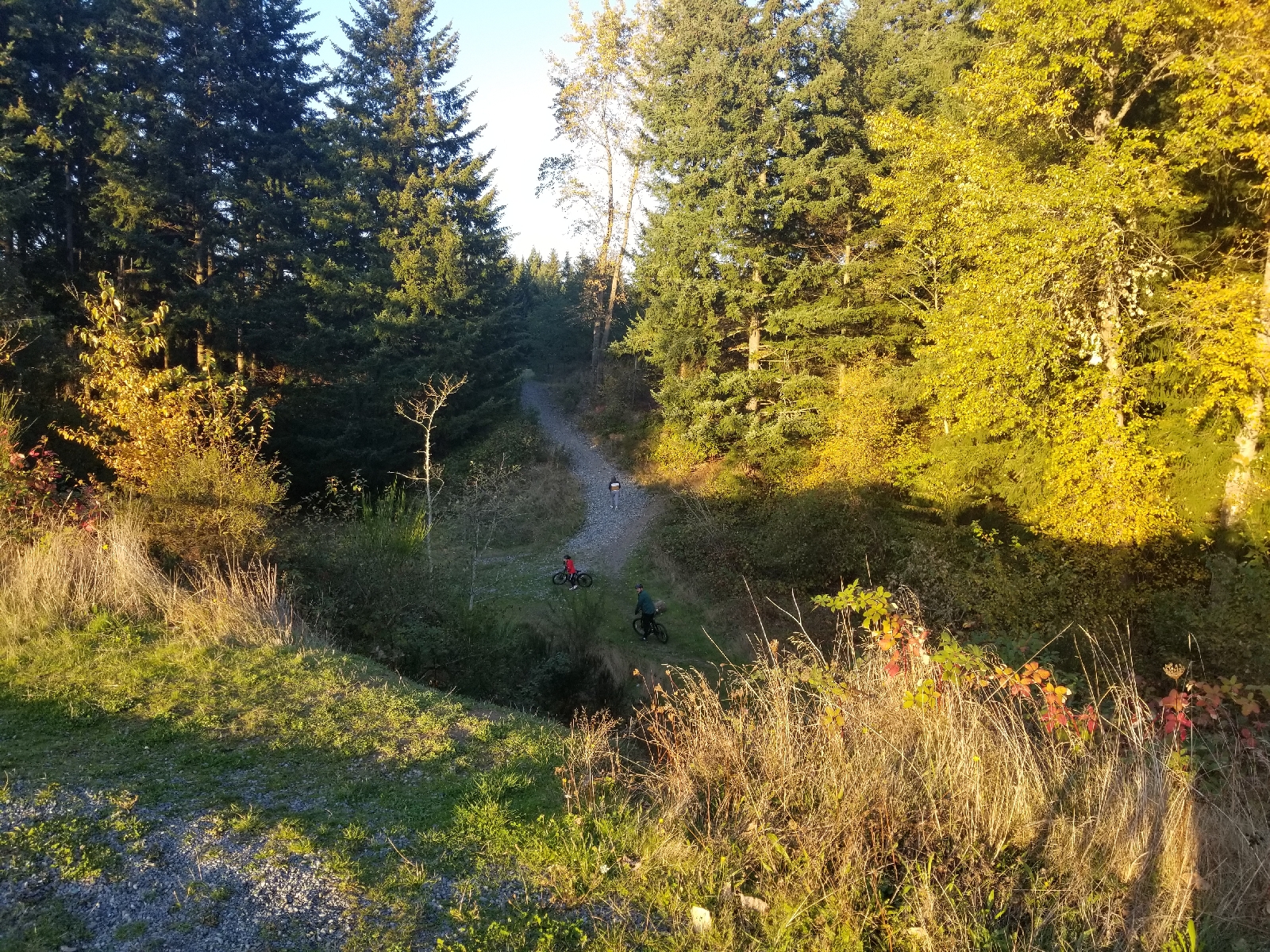 Since it was getting dark, I cut through the popular mountain bike trails near 56th. My Trek 520 certainly isn't a mountain bike, but I took it slow and it was easier than going back around. 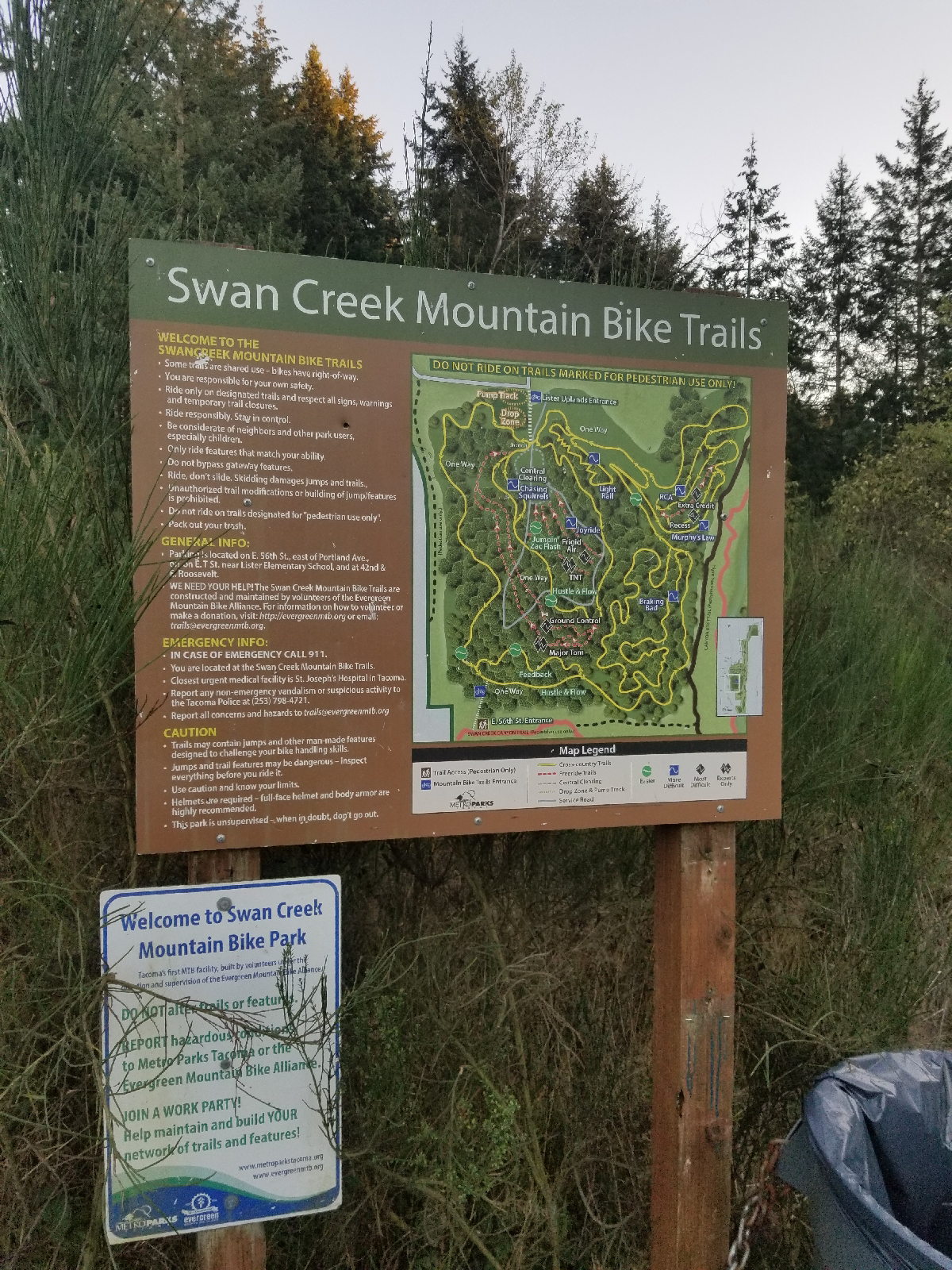 The mountain bike trails are well groomed, though I stuck to the easiest trails. 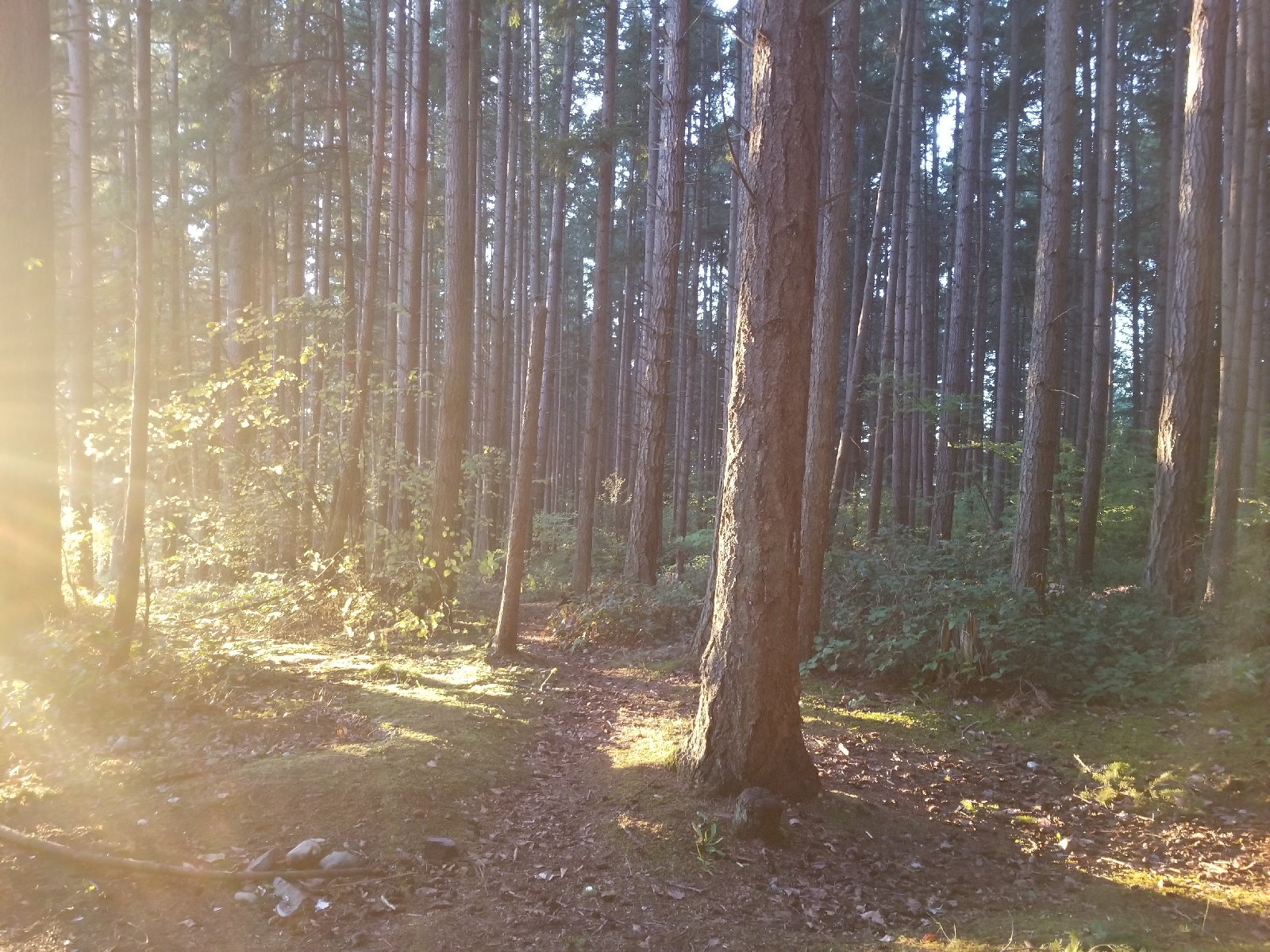 I decided to try taking a shortcut through the woods to get back to a trail near home. Probably wasn't the best idea, but I was glad that the only creature being sacrificed was a stuffed animal. 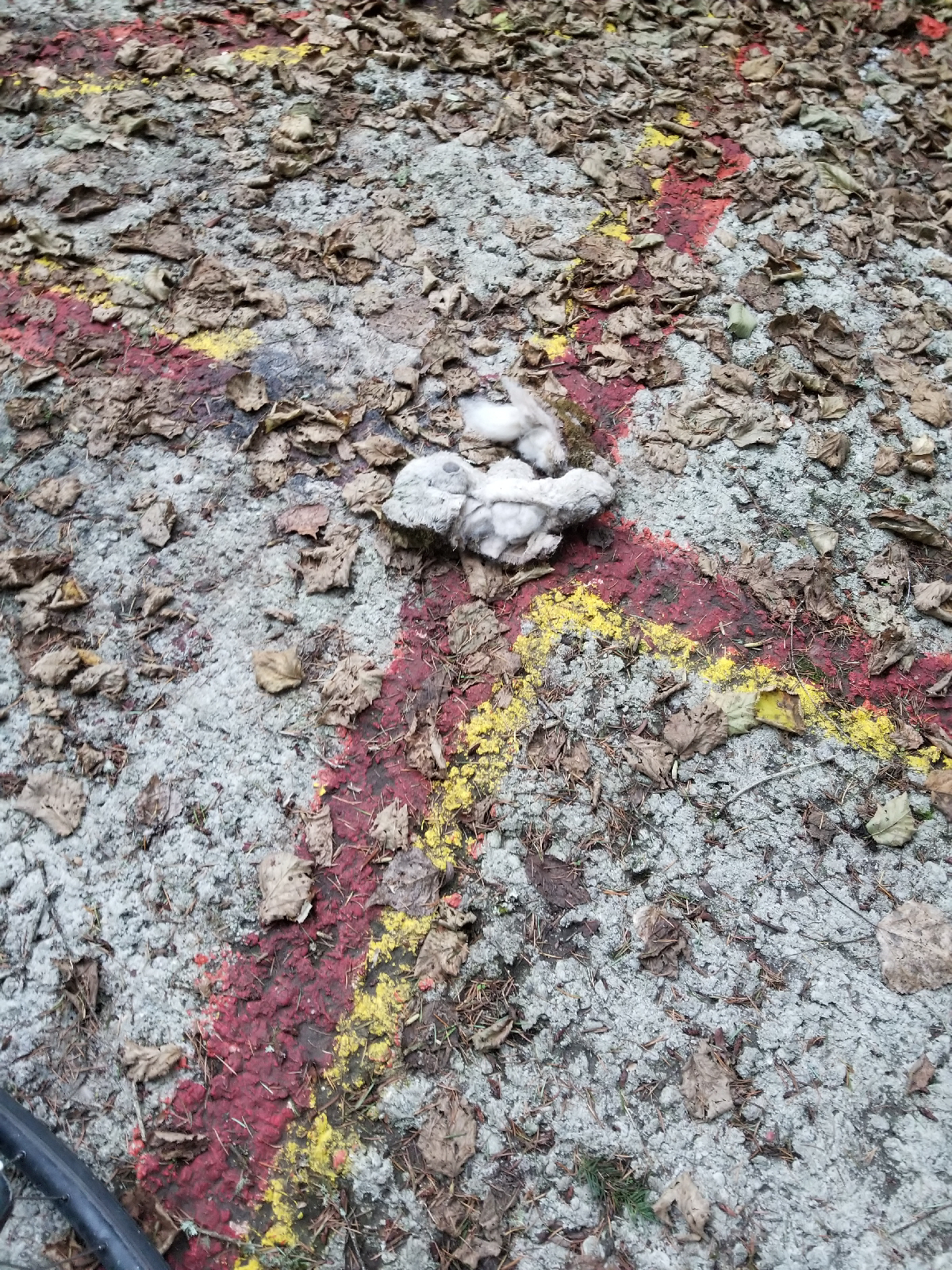